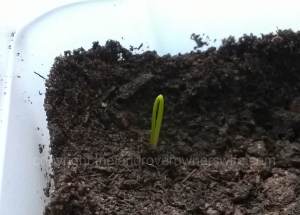 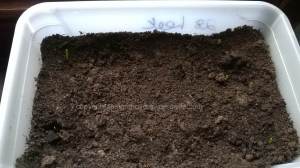 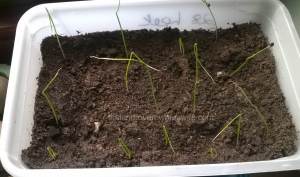 28th February: 9 days old and what looks like the final seedling has appeared. 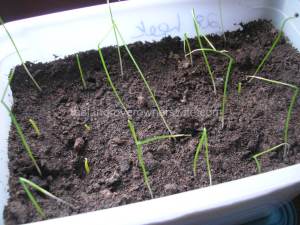 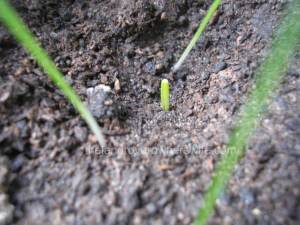 After a couple of weeks on the bathroom windowsill, I moved these leeks outside into one of the growhouses and they are thriving. 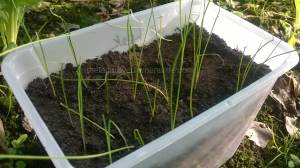 17th May: These leeks are now living under the insect netting in one of the raised beds and are growing slowly but surely. They have a much darker blue/green colouration than the other variety I am growing. 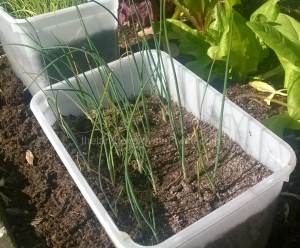 6th June: The leeklings are now not far off from being ready to plant out …. but not this weekend, as the weather is a little on the stormy side. 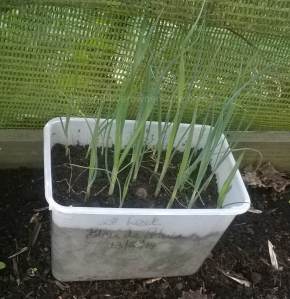 18th June: the leeks were ready for planting out and I planted alternate rows of this variety and the other one, Jaune de Poitou. The cardboard tubes will help blanch the leaves, to create a longer section of tender white leek. 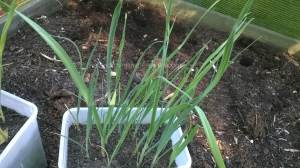 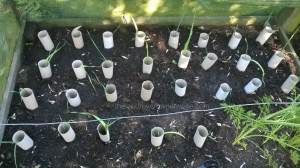